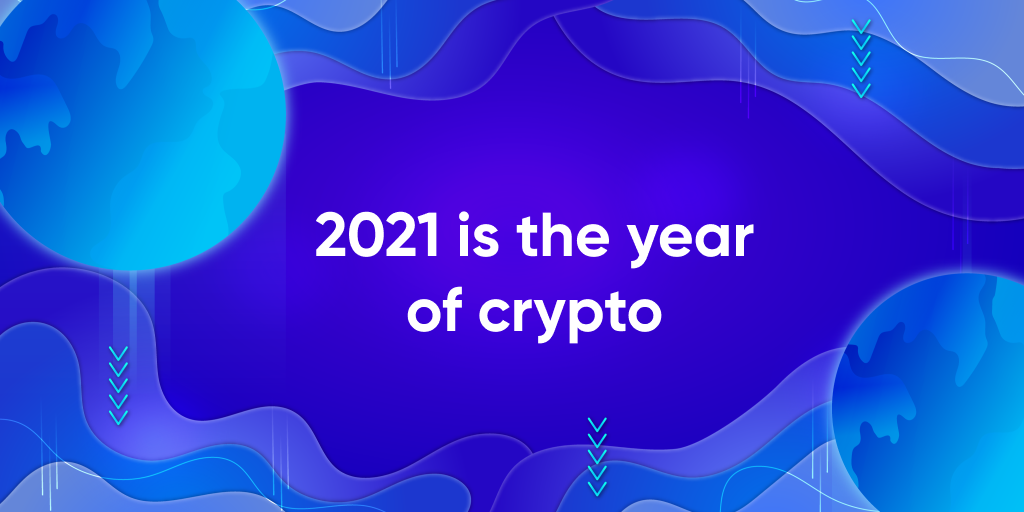 The cryptocurrency domain has put its stamp on the worldwide economy since 2009. However, nobody took it too seriously until this year – when suddenly everyone knew about crypto. Even out dear grandparents.

So what exactly happened that put blockchain technology on the pedestal? And what consequences has it brought? In this article, we will look at some of the most significant events of crypto in 2021.

You all know what we are talking about. On January 9th, Bitcoin hit 40k – its largest value at that moment. This unexpected rise quickly caught the attention of big investors, like Paul Tudor Jones or Rick Rieder.

And we don’t talk about a couple of thousands of dollars in investments. The Guggenheim partners invested no less than $500 million in getting Bitcoin.

And then, the most influential businessman joined the game, with an investment of no less than $1.5 billion in Bitcoin – Elon Musk.

Always looking for innovation, Elon Musk happily entered the crypto business as soon as it reached its peak. Not only that he bought almost $2 billion in BTC, but he publicly announced that Tesla was opening up to Bitcoin in February.

A couple of months later, he posted a tweet about Dogecoin, simply asking, “How much is that Doge in the window?”. Despite the fact that he later added a comment telling, “I don’t own or sell any Doge”, the price and popularity of the Meme coin skyrocketed.

The price was up by more than 11% after just a couple of hours from that tweet. So what did Elon Musk do? He went with the flow and started sharing memes about Doge – which raised its value to $0.65, from $0.05.

The tweet that settles everything is the one posted on May 22, where Elon Musk declares that he prefers crypto over fiat.

“The true battle is between fiat & crypto. On balance, I support the latter”.

That would be March, for sure. The month when everybody wanted to buy and sell Non Fungible Tokens – from companies to artists all around the world.

The hype was real, and it mostly happened on Twitter, where everyone is free to say whatever they want without having to deal with such strict rules as on Facebook. And the music industry got really into it.

Grimes sold $5.8 million of NFTs in just 20 minutes, and 3LAU sold no less than 33 NFTs for $11.6m. This was big news not only for artists but also for their crew and everybody who contributes to their success.

Now that Crypto was on the rise, people drove their attention to the most interesting crypto projects they could find. And those who launched this year definitely had the most success.

Take Student Coin, for example – a platform that allowed users to raise funds through crowdfunding in exchange for STC-based tokens. This caught the attention of more than 500 universities and hundreds of entrepreneurs.

In just 12 hours after the launch of the STC token, more than $1 billion valued STC Tokens were sold.

What do you think the second half of this year will bring us? Tell us in the comments!