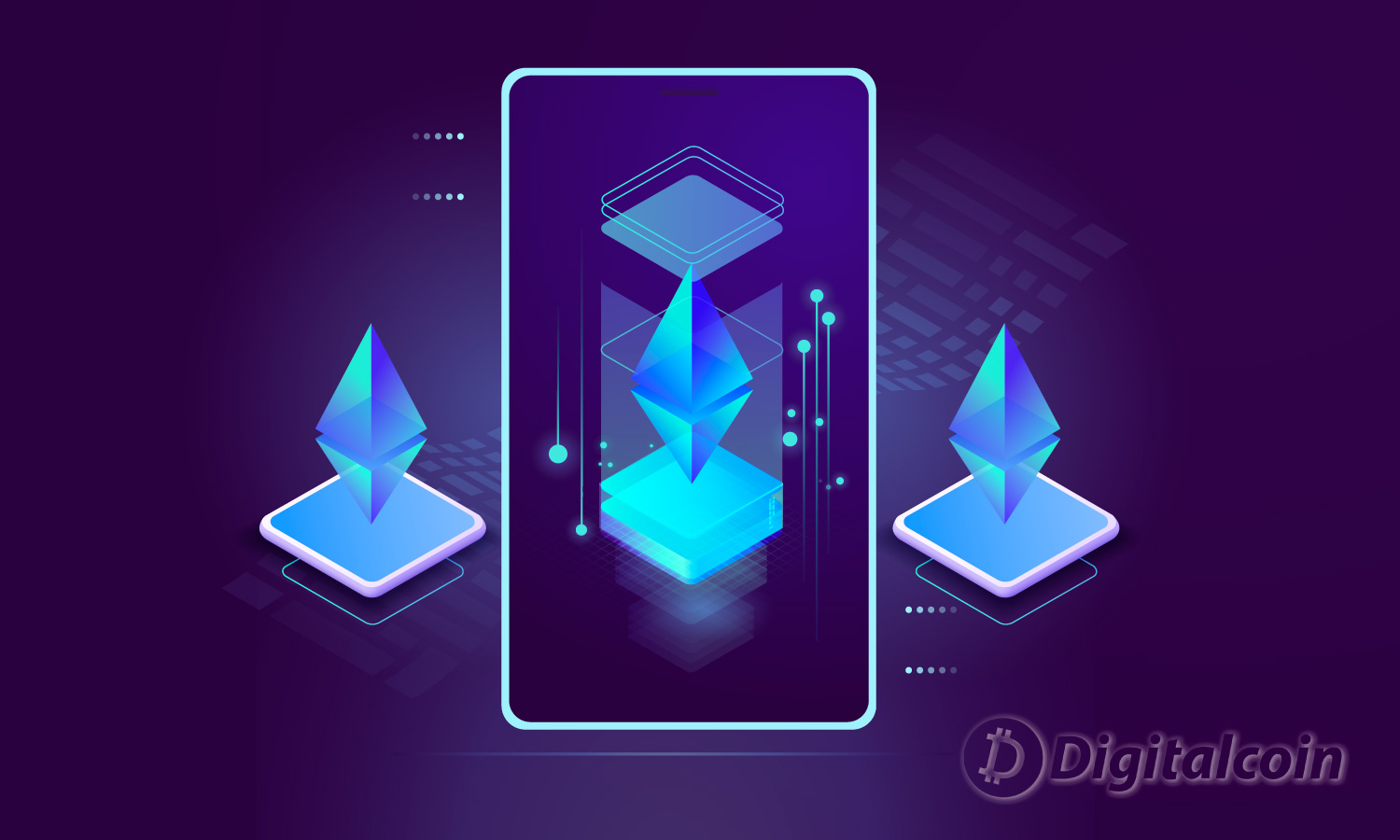 The crypto craze is taking over. Institutions and individuals alike are investing in the digital asset class hoping to squeeze out a triple or even quadruple-digit return. As of today, Ethereum is the only real competition for Bitcoin. It’s just as easy to transact as Bitcoin and one can easily buy ETH on MoonPay here.

However, a lot of people don’t know that Ethereum and Bitcoin have completely different aims. Bitcoin’s creators were focused on creating a currency that could replace the fiat currencies. Ethereum, on the other hand, was built to facilitate the creation of smart contracts and applications.

This is just one of the many things that people don’t know about Ethereum. This article is aimed at busting some myths about Ethereum that most believe to be facts. Before that, let’s quickly look at what ETH is. 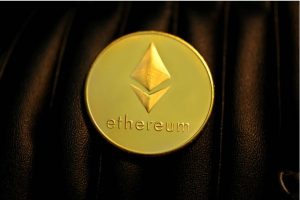 Ethereum is the world’s second-largest cryptocurrency by market capitalization, second only to Bitcoin. It went live on Jul 30, 2015, and hasn’t looked back since. It is a decentralized platform that enables users to exercise control over money and gives them the option to build apps that are accessible from across the globe.

ETH (Ether) is used for payment on the Ethereum blockchain. When a person refers to buying or selling Ethereum, they’re actually referring to Ether and not Ethereum.

Ethereum also has a long-lost cousin, Ethereum Classic. In 2016, a major loophole in The DAO project’s smart contract software resulted in $50 million worth of Ether being stolen.

After this event, Ethereum split into two separate blockchains. The original blockchain continued using the same name, Ethereum Classic (ETC), and the newer version was named Ethereum (ETH). However, ETH has managed to do quite well for itself, while ETC, not so much. 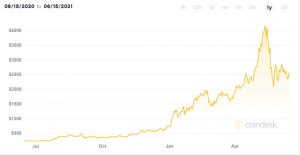 All new technologies have room for improvement. However, ETH has managed to accomplish a whole lot in less than a decade. It conceptualized a new way to raise money (ICO/STO) and decentralized finance. In the coming years, Ethereum is set to introduce the world to Ethereum 2.0 and its layer 2 scaling solutions.

These developments are likely to add a fresh set of advantages to using Ethereum which will attract even more enterprises. However, there are some things about Ethereum that warrant clarification. Let’s address these myths and see things for what they are.

ETH Myths Everyone Should Know

It all started back in 2018 and 2019. Ethereum’s competitors had started to circulate all sorts of baseless information. They spread rumours about the blockchain’s inadequacy of privacy features, which made businesses anxious about using it. They also called the Ethereum blockchain slow and expensive.

Come 2021, it’s apparent how the tables have turned.

Ethereum is currently the most preferred network for enterprise applications and the network doesn’t seem to stop growing. Investors that are sold on this promising cryptocurrency can start buying Ethereum in Canada here. For those who want to know more, this article debunks the myths that surround the potent Ethereum blockchain.

Let’s try and approach the concept of decentralization as Vitalik Buterin, Ethereum’s creator explains it. He wrote a blog post on Medium in which he mentioned a few of his thoughts about why there’s a need for decentralization and how it can be achieved.

In this post, Vitalik explains that decentralization is fundamental to the idea of a blockchain and shields it from a number of issues such as attacks, faults, and collusions. While countless hours have been invested in developing and enhancing decentralization, the precise definition is still not entirely clear.

It’s worthwhile to read the full blog post to get a thorough understand of how one can think of decentralization and how it differs from distribution. Evidently, it isn’t as black and white as most believe it to be. The debate is still on because of a lack of a clear definition.

However, the general consensus seems that Ethereum is more decentralized than Bitcoin.

A single Ethereum transaction can set the transferer back by anywhere between $6 – $17. Naturally, this makes it an expensive affair for most.

The network’s soaring demand sometimes causes the gas price to touch new highs. The gas price can be viewed in real-time on ETH Gas Station. However, enterprises prefer to use private networks that don’t require cryptos for operating, which helps them avoid transaction costs.

It’s often been claimed by crypto enthusiasts that the Ethereum blockchain’s design limits its potential for scalability.

However, a number of solutions (aka layer 2) have been designed to remedy this. For instance, Rollups are used for increasing transition throughput and minimizing costs for the users. Without getting too technical, here’s what rollups do—they help increase blockchain throughout from 15 transactions per second to 1,000 transactions per second. 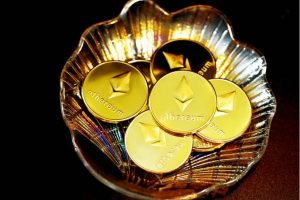 The number of Ethereum apps adopting rollups has been steadily increasing because it puts an end to the scalability problem. Meanwhile, Ethereum 2.0 is on the way which will further eliminate the scalability issue on Ethereum. It will allow almost 100,000 transactions per second, thereby offering DeFi the opportunity to grow sustainably.

Ethereum 2.0 is nothing more than a speed upgrade

Ethereum 2.0 will be a paradigm shift. It’s not just an upgrade, it’s a structural change. Ethereum will finally move to a Proof-of-Stake consensus from Proof-of-Work. As discussed in the last point, Ethereum 2.0 will also use an entirely new, sharded architecture for addressing its scalability issues.

Owing to the structural changes, it won’t be a simple hard-fork. It will be implemented as its own chain, with plans of migrating Ethereum 1.0 contracts and accounts over at some point in the future.

While the particulars of migration are still not finalized, users can keep themselves updated through the migration details page on ETH hub. Speaking of migration and implementation…

Implementation of Ethereum 2.0 will happen at once

It would be rather daunting and impractical to implement Ethereum 2.0 at once. Ethereum 2.0’s implementation, therefore, will happen in phases. Phase 0, the first phase, commenced in Dec 2020. The first phase introduced Beacon chain staking, but any complex smart contract functionalities were reserved for later phases.

Phase 1, the next phase of Ethereum 2.0’s implementation, will introduce shard chains. This traces back to our previous discussion about scalability. Sharding, a structural innovation in Ethereum 2.0 that takes inspiration from database sharding, will address scalability issues faced by Ethereum 1.0

Phase 2, the third phase, will be the last stage of implementation. This phase will bring along account balances and smart contract functionalities.

It may be a while before all of these phases are implemented since they will first be put to extensive tests. It’s expected that Phase 1 will commence in 2021 itself, and Phase 2 will follow soon.

13% of Ethereum’s 2017 traffic was accounted for by CryptoKitties, the beloved blockchain game. The game lets players collect, purchase, breed, and sell cats virtually by converting ETH into fiat money. While this may look harmless at first, such applications could potentially collapse the entire network.

The game and smart contracts are controlled by the developers. However, these contracts can possibly be suspended without any warnings if the price equivalent of expenses starts to increase slowly in these apps. This offers security to developers against piracy that may exist in the accounts owned by the team.

If the main account’s key owner so chooses, they can freeze the whole game and the corresponding accounts. So, the claim that the Ethereum network cannot be manipulated is not quite true.

Crypto is a fresh area, ready for lots of sowing. Undeniably, there are plenty of misconceptions about cryptocurrencies because of a lack of understanding. Don’t listen to everything that people talk about on the bus; research and learn what’s what.

Ethereum, in particular, has been criticized amply. When a new technology starts to gain traction, it’s only natural for it to have critics. There are some apprehensions about Ethereum, no doubt. However, there are also myths, like the ones discussed above, that are completely baseless.

For someone considering adding ETH to their portfolio, these myths can be a deal-breaker. Therefore, researching and finding the truth is mission-critical. Hopefully, this article cleared things up nicely.