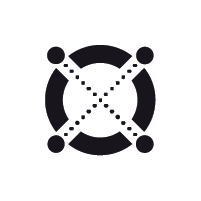 What do you think about the Elrond today?

Elrond is used to creating a highly Scalable Public Blockchain with Adaptive State Sharding and Secure Proof of Stake. The Elrond(EGLD) is basically on the blockchain technology used and produced to ensure more scalability, security, interoperability, efficiency, and funding network fees in the ecosystem.

What Is Elrond (EGLD)?

Elrond was co-founded in 2017by Beniamin and Lucian Mincu alongside Lucian Todea and announced in August 2019, and it went live. In July 2020.

EGLD is announced as a local currency of the Elrond community. So, ERD soon converted to EGLD token. Name change from ERD to eGLD

There are two main reasons we should know about Elrond technology:

How Many Elrond (EGLD) Coins Are There in Circulation?

Many valuable things in the Elrond network pride themselves on their unique approach to sharding technology, a long-present database optimization technique slowly building itself as part of some blockchain-based solutions.

The Elrond Network plans on achieving these goals through its unique technology Adaptive State Sharding, and by using the Secure Proof of Stake (SPoS) consensus mechanism.

Where to Buy Elrond (EGLD)?

Except this, many other trusted platforms are there to buy Elrond(EGLD), such as OKEx, BitMax, and Bitfinex.

It can be trade-ins in many centralized and decentralized currencies such as Bitcoin (BTC) and Binance Coin (BNB), and stable coins such as Tether (USDT) and Binance USD (BUSD). It can be bought and sold on both point and derivatives exchanges.

What makes Elrond Network so Secure?

Through the most advanced validation of Adaptive State Sharding, Elrond Network makes decentralization without any security lapse.

Elrond can enable the initial network scalable enough to convey the smart cities of the future through demands.

Elrond has proposed a novel approach to consensus called "Secure Proof of Stake."

Under Secure Proof of Stake, nodes must maintain a minimum qualifying stake and a positive network status to receive eligible candidacy as a block proposer or validator. As the reputation is dependent on a node's actions, each network participant can receive a role be they willing to act in the best interest of the network duly. Thus, rather than delegating nodes, such a mechanism gives everyone the power to control their network's fate. Each round, a randomly sampled group of qualified nodes are selected; from a consensus group, one node will act as the block proposer.

The proposed block is only approved once 2/3 + 1 of the validators in the consensus group aggregate a signature. Since the selection process has driven by a variable derived from the previous block's aggregated signature, attackers cannot know which node to attack.

All proposed blocks of every round in every shard will also need notarized in the MetaChain.

The separate chain in a separate shard acts as a notarize of blocks in the shards. Only after a block header has to select for the MetaChain blockchain can the block be considered finalized.

A less than 2% attack with such a system, a commonly asserted reply against systems that propose sharding as a scalability solution, is avoided.

The current Elrond price is $92.41. In the last 24 hours, Elrond price has gone up by 1.08%. The cryptocurrency market is volatile and never predicts its price movement, and it requires expertise and knowledge, and it is such a problematic take. Let's look at what our experts and market analysts discuss regarding future Elrond price prediction.

Using a crypto portfolio tracker has become more convenient than it was in the past. This tool enables you to keep track of your crypto assets. As an example, you have acquired Elrond at different prices, which makes it difficult to identify the individual purchasing prices. A portfolio tracker lets you identify profit and loss. Also organise it.

By exchanging EGLD against fiat currencies (such as the U.S. dollar or Japanese yen) or using them as payment for goods and services, Elrond can be earned or received in various ways. EGLD considers as the most popular cryptocurrency, and on the other side, USD is the most demanding fiat currency globally. Today, almost every fiat currency has been paired with the EGLD, including EGLD to PHP, EGLD to INR, EGLD to NGN, EGLD to THB, EGLD to CAD, EGLD to PKR, EGLD to IDR , EGLD to EUR , EGLD to AUD , EGLD to BDT and many more in the queue. The given all are fiat currency and the most widespread pairs in the market.